I don’t want this post to turn out like I’m boasting but my Valentines Day this year was awesome.

I’m so freaking lucky. Especially from a guy who doesn’t particularly believe in or like Valentines Days. I got a candle, Lush stuff and flowers, sunflowers, my favourite and a requisite for the rest of the day I guess.

Then Sean rushed from work (got caught up in traffic) to take me to Alice, an independent cinema and film rental store. It’s so cute and quirky! It’s covered with DVD’s and separated into different sections from western to musical, in The Vault room there are horrors and series from all over the world, it’s packed! 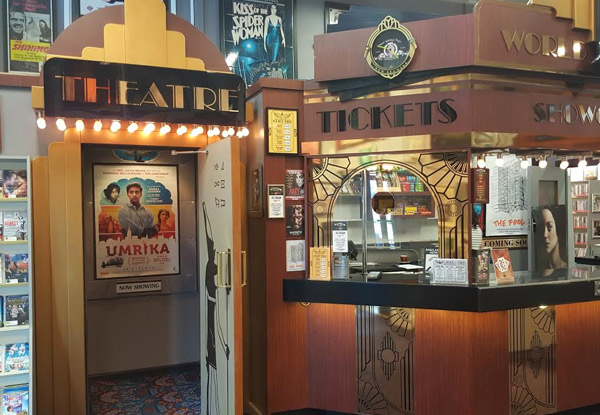 As soon as you enter the door you’re greeted by Charlie Chaplin and a model of Alice’s legs as she falls through to what I assume is Wonderland! They even have their own 100 top movies section and cult following section.

We went inside the Egyptian Style theatre and waiting eagerly.

I’d seen an advert for Loving Vincent years ago and if I’m honest it seemed a little ambitious, I was expecting one day just to see a five-minute short film or feature on Facebook and be mildly amazed and amused for a while. I never thought they could actually turn it this project into a full feature film!

I mean it’s entirely made up of oil paintings! It took one artist 6 months to produce 1 second of film! I don’t know if you have ever tried oil painting but I have and it is, although gratifying in its medium, it is incredibly difficult to master. I struggled for weeks to produce a mediocre self-portrait back in 2011 or 12 in Malaysia.

Loving Vincent is, words fail me here. To say it’s beautiful or amazing, an incredible feat of art and storytelling achievement falls utterly short of how awe-inspiring this film truly is.
At least half the audience were concealing tears at the end.

It is the story of Vincent Van Gogh and surrounds his mysterious death in France.
However, it follows Armand Roulin and his struggle to deliver a letter from Van Gogh after his death. He argues at first after being given this task by his father and deeming it pointless, delivering a dead mans letter, however, the plot thickens and his sear takes him somewhat down a rabbit hole of unanswered questions surrounding Vincent’s strange death.

In the history books, the ones I read at school all state Vincent Van Gogh committed suicide. However this film, cleverly makes you question this and if the story is true and the aspects mentioned in the film were ever recorded as such then yes, this film convinces you to doubt whether this was suicide, murder or manslaughter. 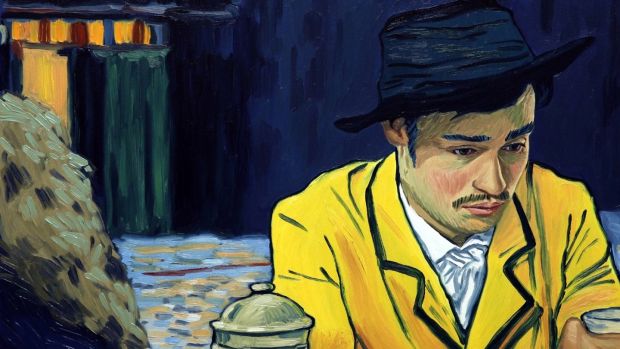 Apart from being an excellent unintentional detective film, almost a murder mystery, the film itself is captivating. The actors are clearly recognisable through the paint, the colours and style are a mesmerising tribute to Van Goghs own style. Using many of his paintings themselves in the film, they are then brought to life! It opens up with a long credit scene where the paint playfully dances across the scene and blows you away more than any special effects ever could. To say that painting is dead is bullshit.

I would if I could help finance more of these types of films. Make one about Pablo Picasso, Monet, Salvidor Dali, Henry Moore, Francis Bacon. Even a film about Banksy made entirely from Streetart.

Unfortunately, I’m not a credited film critic and even though I could point out a few niggly things about the film I won’t. I’m not fantastic at reviewing things but all I can tell you is that even if art, animation, paint, in general, isn’t really your thing, you must watch Loving Vincent. If only for the insightful and educational points at the very end. Even Sean enjoyed it. I spent the next few days after watching it just wanting to paint. I didn’t want to do anything else. But it’s very sad. There is a tear-jerking message throughout the film that culminates into the last scene. It reminds us that art has not and is not always valued. It’s not always seen as worthy, that it has no use in society and that is simply just not true.

You should be able to do what you love.
I know that may seem like it’s easier said that done, but not if you redefine what you love.